The Alfred Dunhill Links is the only pro-am on event on the European Tour. A strong field of professionals and popular celebrities will take on three iconic courses: St Andrews, Carnoustie and Kingsbarns.

All courses are links design and provide their own individual test. Tyrell Hatton is bidding for a hat-trick this week having won back to back in 2016 and 2017.

A Beauty to behold: St.Andrews

St Andrews is known as “The Old Lady” and is famed to-be “the home of golf”. The Old Course is an Open Championship venue every five years. The Swilcan Bridge is an icon closely connected with the rich history of golf, the amateurs and pros alike are in for a treat walking across it on the 18th.

Arnold Palmer and Tom Watson are stars who made an emotional British Open farewell on the bridge. The “road hole” is statistically the toughest on the course and could play a key factor in the outcome of player’s rounds.

Watch Out For The Bunkers: Carnoustie

Carnoustie has been a popular Open Championship venue. Nicknamed “Carnasty”, it can pull players to pieces, dismantling their game; few can forget the comical scenes with Jean Van De Velde taking his shoes and socks off and threatening to play from the water of the Barry Burn.

Ryder Cup hero Francesco Molinari broke his major duck this year at Carnoustie. Littered with pot bunkers, Carnoustie is arguably the toughest course of the three. However, the course is likely to play much easier than the conditions the Italian faced.

Kingsbarns is the newest of the three venues. It provides some respite from the stern test of the other courses. There is less water in play and easier tee shots with wide forgiving fairways.

The course record of 60 is held by the Springbok and past champion Brandon Grace. Could we be treated to a 59 this week?

Some of the market leaders and favourites in the betting were involved in the Ryder Cup last week. Considering their short prices, I’d advise avoiding. For US stars Koepka and Finau, the physical and emotional energy used could create a hangover that could affect their chances this week.

For European stars like Hatton and Fleetwood, there is a strong chance of a literal hangover impeding their chances!

Who to put your money on

Matt Fitzpatrick: Man on a mission 20/1

The Englishman will feel he has a point to prove and will be motivated having missed out on qualification for Team Europe.

Matt has a very consistent all round game, his stock shot shape of a baby fade has brought him success early in his career. Six of the last eight winners have ranked in the top ten for GIR (Greens in regulation) Fitzpatrick’s season GIR stats are just under 72 per cent.

By modern standards, Matt’s ball flight is actually quite low. This could prove a key factor this week with breezy conditions forecasted.

If the Brit is able to control the trajectory while keeping the ball under the breeze and using the firm fast fairways, he will hold the key-to links Golf success. Matt will be quietly confident to-be right there on Sunday.

Padraig Harrington: Like a fine wine, he gets better with age! 60/1

In terms of links pedigree, few can boast the record the Irishman has. Padraig won the British open back to back in 2007 and 2008 and is a two time Alfred Dunhill links winner. Like a fine wine, Padraig hopes to get better with age!

Aged 47, the Irishman could-be forgiven for resting on his laurels reliving the glory days. A student of the game, always tinkering to improve his game, he seems as motivated as ever.

His form justifies his confidence and is trending in the right direction. He narrowly missed out to Pavan in the Czech Masters finishing second, and followed that up with a top 5 at the KLM open.

Perhaps more important than his 5th position, was the apparent ease he made birdies with 21 in total over the four days. This was largely due to pinpoint accuracy with his irons, registering a career best 87.5% GIR.

If he can replicate somewhere near this kind of form and get the putter working he will be a factor over the weekend. 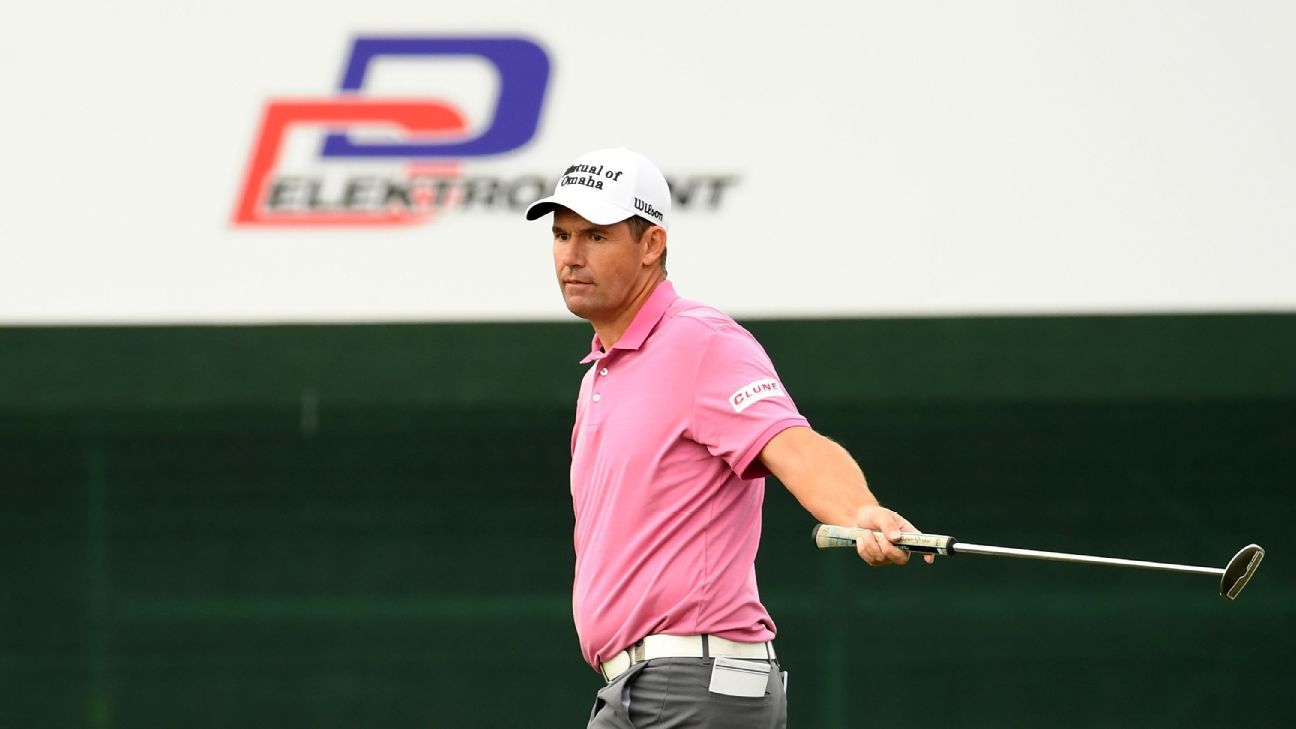 This is a rare foray to the European Tour for Matt Kuchar. He was a vice captain to Jim Furyk last week and upon reflection, many Americans would have preferred him as a player on the course rather than assistant off it.

In true Kuchar style, he has had a consistent season with steady finishes. The American has had 8 top 25 finishes on the PGA Tour this season.

Kuch has a good links record finishing T2nd in the Scottish Open and second in the British Open, narrowly missing out to an inspired Jordan Spieth. There is clearly something in Kuchar’s game that suits the links style set up.

Matthew Southgate: Inside knowledge could be pivotal 70/1

Interestingly, Southgate is actually a member at Carnoustie. Where better to hone your skills than one of the most challenging courses in the world?

The Englishman has a strong temperament. This can be crucial in links golf given the bad bounces and gusting winds. The ability to take the rough with the smooth make Southgate a candidate for each way value.

As previously highlighted, the GIR stats are important this week. This is where Southgate excels with just under 74% as his year GIR average. Arguably his best finish of the year came at the Le Golf National (last week’s Ryder Cup venue).

We all saw the tough examination that it gave the world’s elite, he managed a T5th finish which indicates his all-round consistent golf game.

FANCY A PUNT ON THE GOLF? lay it with TOALS.COM!