The Ulster fans continue their tour of South Africa and are in the Free State Stadium this Friday night for the Cheetahs vs Ulster. After a positive first season in the Pro 14 reaching the end of season playoffs, the Cheetahs have had a disappointing start to the season. In all three outings so far, they have suffered heavy defeats conceding a staggering 136 points.

On the other hand, Ulster is unbeaten, winning all of their three opening matches. Consequently, they sit at the top of their Conference table; they will be hoping to maintain their winning record this week against a side who reached the end of season playoffs last year.

Recap and form: Can Ulster make it four from four?

An overhaul of players and staff has not helped preparations for the new Pro 14 season for the Cheetahs. They failed to register a point away from home against Munster in Round 1- a stat that would worry head coach, Franco Smith. Their fortunes didn’t improve in Round 2, suffering a heavy defeat at the hands of the Ospreys.

They would have hoped that a return to home surroundings could improve their fortunes. However, this was not the case, Glasgow took them apart scoring 52 points in a dominant display. After the stress of Rounds 1 & 2, narrowly winning through last-minute penalties, Ulster management and fans could be forgiven for expecting a more ruthless and clinical performance against the Southern Kings.

In reality, they stuttered to victory in a stop-start game littered with penalties and questionable referee decisions. Although they came through the contest, their discipline was poor with two yellow cards. McFarland’s men will have to improve before their visit to the Free State Stadium. 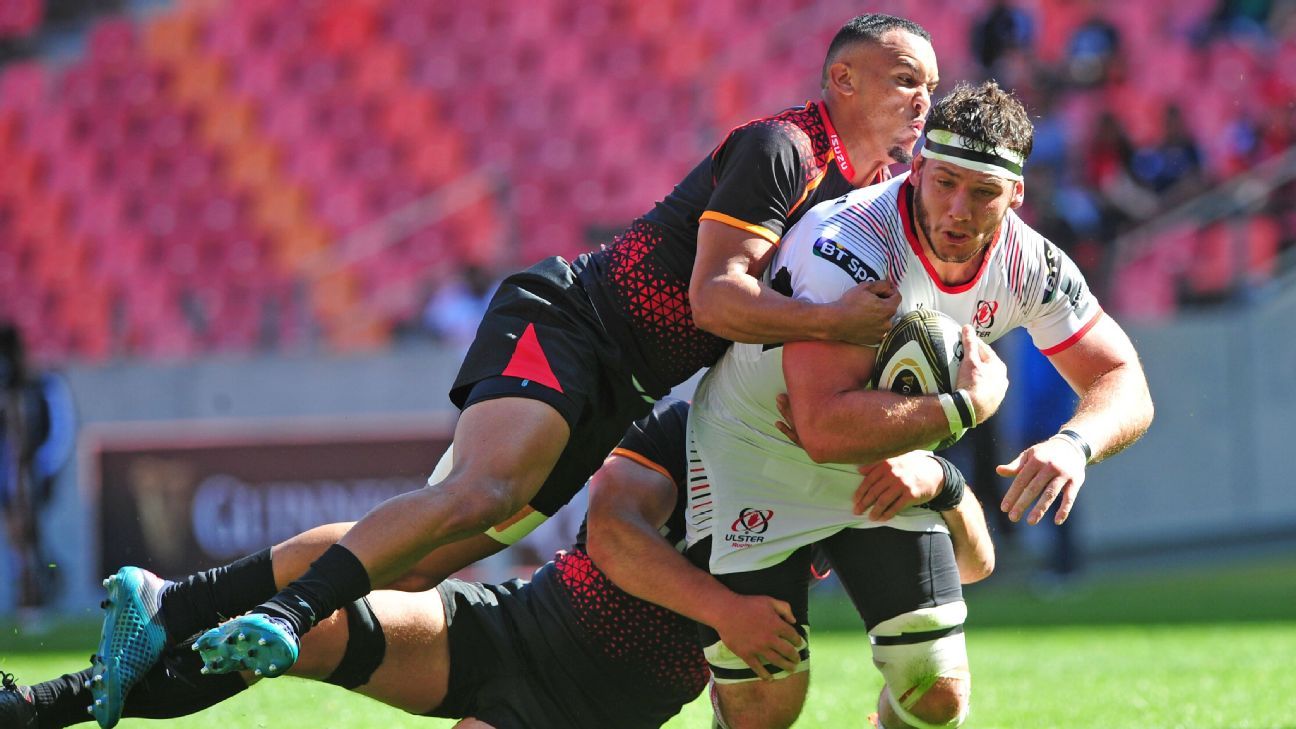 Coetzee managed his first full game against the Kings as he looks to put his injury worries firmly behind him. Rupturing his anterior cruciate ligament put him out of action for nine months when arriving at Ulster. Ongoing knee issues meant that his game time had been limited to a handful of games since his big-money signing in 2016. He looks, fingers crossed, to be back fit and healthy, eager to prove his worth to his adopted province.

Marcell showed massive promise early in his career; he has been capped 28 times for South Africa by the age of 24. Coetzee has an abrasive style, he uses his power and aggression to dominate collisions and get go forward ball for his team. Playing in the back row, he is a menace to the opposition and has the strength to disrupt the opponent’s ball at the breakdown.

Interestingly, the Springbok led by example last week making more tackles than any of his teammates. He also amassed an impressive 22 carries in attack bagging himself a try. He’ll be hoping to maintain his momentum and form in front of his countrymen.

The Cheetahs are paying the price for letting some of their star players leave the club. With drastic changes in players and management, there is always a phase of adaptation before you see the improvements. There could be no better time for Ulster to play the Cheetahs and continue their impressive start to the season.