Round 3 of the Pro 14 sees Ulster head to South Africa to take on the Southern Kings. Ulster is bidding to win their opening three matches for the third season in a row. They head into the game off the back of five wins and a draw in their last six competitive matches; the Kings, on the other hand, have suffered six consecutive defeats. It is no surprise that Ulster is firm favourites to take maximum points on Sunday.

In Round 1 & 2, Ulster had back to back Houdini acts, dramatically winning the game from a position of defeat in the last play of the games. Like losing, winning can become a habit, and there is no doubt that this new look Ulster side is full of confidence.

The Southern Kings would have marked their first two games of the season as a great chance to end an unwanted losing streak. Although there are no easy games in the Pro 14, playing the Dragons and Zebre were opportunities to pick up valuable points. They only managed to pick up two losing bonus points; this will put extra pressure on the team for Ulster’s visit.

The Southern Kings only joined the Pro 14 in 2017; as a result, there is only two previous head to head matches between the sides. Ulster won 59-10 in Belfast but struggled in Port Elizabeth narrowly coming through a 43-36 thriller. Points look very likely in this matchup. 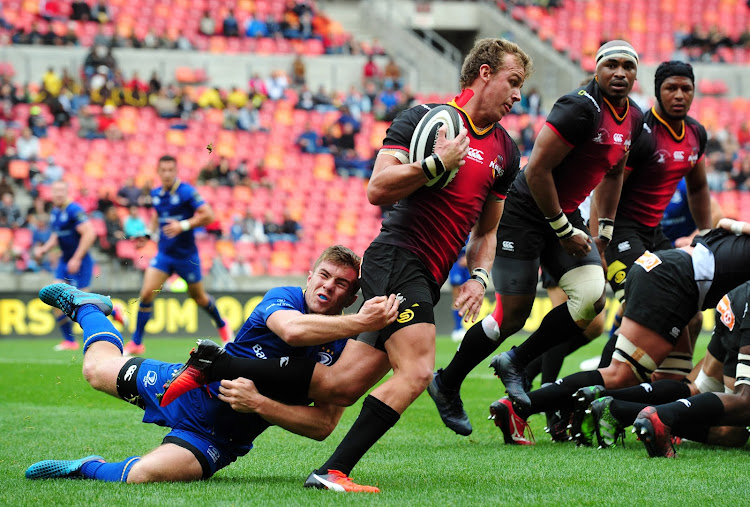 Despite being a recruit this year, Addison is already becoming a fan favourite. He has broken a club record within two matches – he made 28 carries against Edinburgh, a total yet to be matched in Ulster’s history.

With sunny weather expected, the pitch will play firm and fast. Firm conditions and heat usually contribute to an open game of rugby; Addison thrives when the game breaks up, and he has space. I believe Addison will add another try to his first he got last week.

Cave has come under criticism from pundits over the last few years about his future at the club. However, under new management, the centre capped over 200 times for Ulster looks to be back to somewhere near his best.

In the absence of Luke Marshall, he has built a formidable partnership with Stuart McCloskey this season. However, Cave is a smart player who knows his way to the try line.

Everything is pointing towards a comfortable win for the away side. As previously highlighted, the Kings are on a losing streak, with Ulster enjoying an unbeaten run. The conditions will assist a high scoring game, and in these high scoring games, it is usually the dominant side that runs away with it in the last quarter of the game. I expect a ruthless Ulster display as they hope to underline their title credentials.